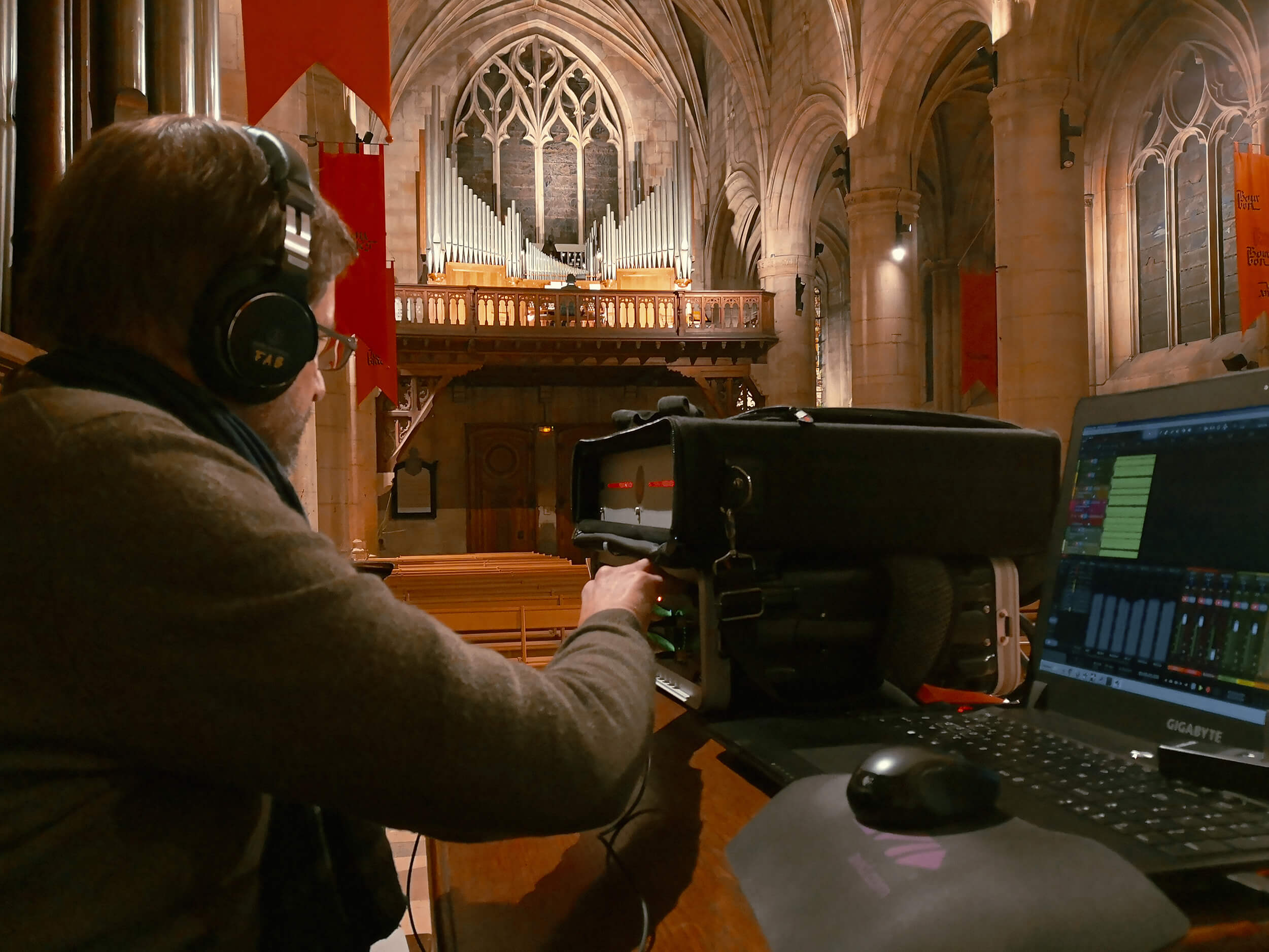 Fabrice Chantôme is a French audio engineer and a long time user of Antelope Audio interfaces and clocks. Even though he is mainly focused on mixing sound for documentaries, big adventure games or music television shows, he also has worked with music in various genres from rock to classical or jazz. Fabrice recently challenged himself to record the king of acoustic instruments: the church organ. The recording took place at night in a 16th century historical monument, The Saint Martin Church at Montmorency, located not far from Paris. The church has always been renowned for its astonishing acoustic qualities and houses a great-sounding modern organ built in the 80’s

Fabrice decided to record at 96 kHz with his Goliath HD and 10M Atomic Clock into PreSonus Studio One Pro. He finds using Antelope Audio gear was essential for that project. Here’s his full description of the process:

“I was eager to check if the amazing transparency of the Goliath HD preamps would help me capture this impressive instrument in all its glory. Although I’m a big fan of the integrated FPGA AFX because they do such a great job emulating analog gear character, this time I did not use them because I wanted no coloration added to the original sound… I used just the Accusonic preamps straight into my DAW. I used an ORTF stereo pair of Verge modeling microphones, also by Antelope Audio, to get an accurate sonic image of the organ. I decided to keep the Verge as it is because they are really able to give a convincing sense of space and I was really putting clarity first for this session. The Edge Duo was behind the altar at the peak of a triangle (with two Lewitt LCT640 as omni at the base) and I recorded its outputs processed and unprocessed because I was not sure which polar pattern I would finally prefer in post-production. This is so convenient as it allows you to do what you feel is best during the recording stage but also leaves you the opportunity to change your concept later in the mixing room! Using the native plugin I could adjust the Edge as wide cardio because it would add some focus compared to the omni signal I had recorded… I eventually kept the Edge in its default mode because it sounded more natural than the classic mics emulations it offers.

During the rehearsals I quickly realized that this compact recording kit I’ve assembled would deliver a remarkable sonic picture of the amazing instrument. From the sweetest Christmas themes, Bach pieces and the loudest modern toccatas. The organist François Eymet was surprised, not to say actually shocked, by the sound of the extracts we listened to at the end of the session. He was so excited and happy with the result, even before I time-aligned all the mics. The tiniest acoustic details could be heard with no effort because the preamps and converters are so sensitive. The lack of any distortion and the depth of the lower notes was just spectacular”. 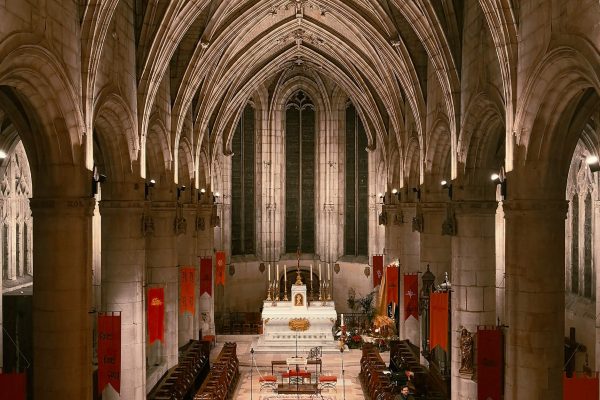 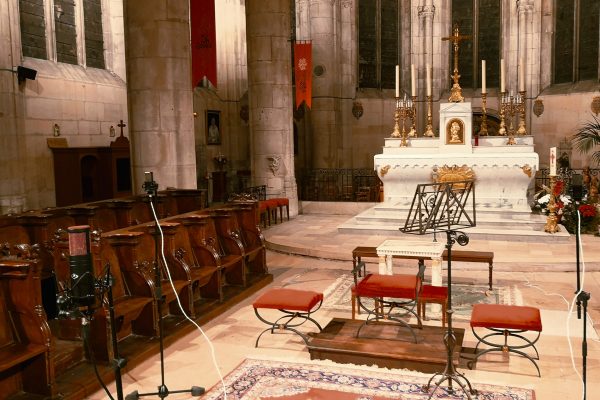 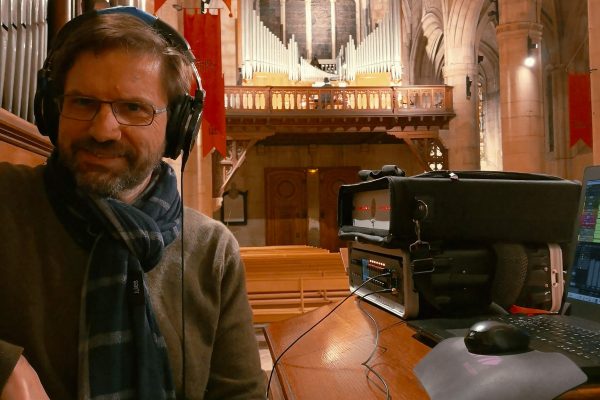 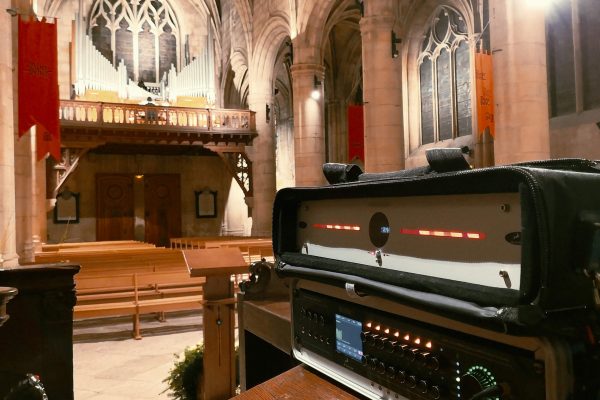 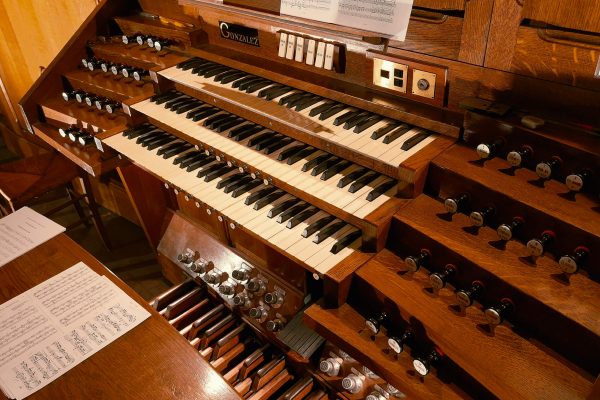 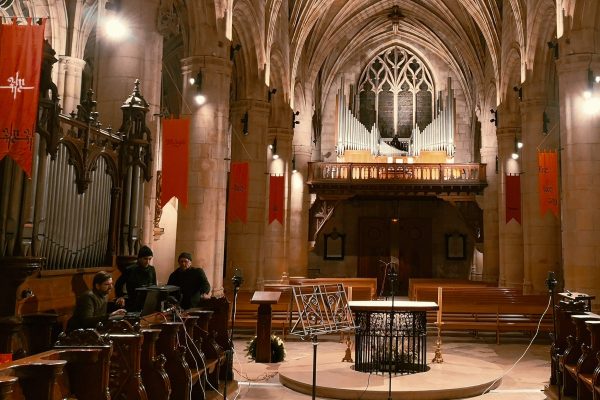 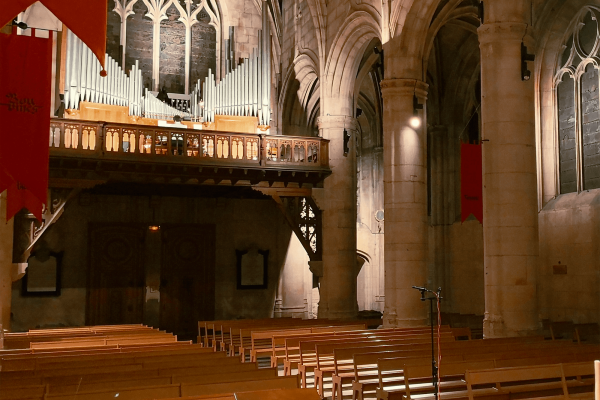 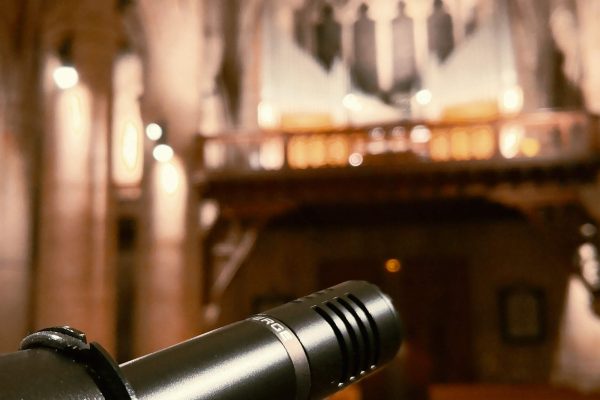 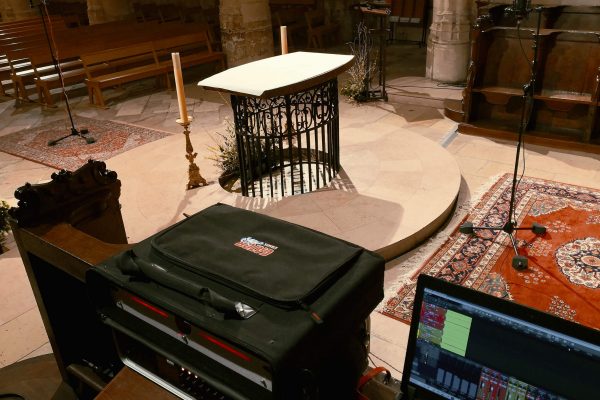