Our year in review

By Antelope AudioDecember 30, 2020 No Comments

Our Year in Review

An ordinary day during a global pandemic looked quite different to the usual for all of us, but as with many of you, our team found solace in what we do best – creating! Let’s take a look at some of the most notable milestones we achieved during a very long year.

The first units took off in May and since then this desktop interface has quickly gained popularity with many of you. The Zen Tour Synergy Core has been a game-changer for both hobbyists and professionals. If asked, everyone would name a different favorite feature – the large effects library it comes with, the reamp outs, the DC-coupled outs, or simply the pristine sound quality. The interface has something for everyone.

On the other end of the spectrum is the 64-channel Dante, HDX and Thunderbolt interface Galaxy 64 Synergy Core. Our goal with the device is to change how high-profile production facilities, live stages and broadcasts handle their sound in general. You can watch Brian Vibberts already putting its mixing capabilities to the test.

The first-ever delay and chorus effects were introduced to the platform. Our Gyraf Audio collection got bigger with the Gyratec XIV equalizer. Exclusive effects like the Blonder Tongue Audio Baton and Antelope-originals like V12 Chorus were released, with more to come in 2021. All of our new effects were made available via more than 25 firmware & software updates in total, throughout the year.

A brand-new Control Panel for Orion Studio Synergy Core and Zen Tour Synergy Core was released. This software update stood out with a modern design, and new features that were devised to help you achieve the most optimal workflow. Some much-requested functionalities like dedicated monitoring control section, updated peak indicator and customization options in the Routing Matrix were some of the new additions to the Control Panel.

The last software update of the year brought a new Windows USB driver for our Synergy Core users. The goal with the driver was to provide an improved approach towards setting up your Windows Audio playback. This functionality allows easy customization setups for streaming, broadcasting, voice and video chat applications, gaming, etc.

In May, we launched a new website Software Store. As our effects increased in numbers, it became increasingly important to provide a better way to browse them all. The new Software Store provides a quick and easy way to access the expandable effects library, available for your interface.

To boost your creative process even further we teamed up with one of the most innovative DAW developers out there. Included with the Complete Creative Toolbox is Bitwig Studio with all its wildly imaginative effects, instruments, and sound design tools.

Instinct Synergy brought gritty distortion to the world of Synergy Core. The effect, co-developed with Inertia Sound System, is a step away from our analog-modeled collection and a real stand-out in the entire library. If you are a user of one of our Synergy Core interfaces, you can demo Instinct Synergy right now, straight from the AFX tab in your Control Panel.

This just in! The Orion Studio Synergy Core has won the Resolution Magazine Award for “Best Interface (AD/DA)” of 2020. We are extremely delighted to see the interface gaining recognition and bringing this prestigious award home.

The desktop interface has been nominated for the Outstanding Computer Audio Hardware TEC Award in the Technical Achievement category! A big thank you to NAMM Foundation – we excitedly await Believe in Music Week.

Music is, and always will be the thing that connects us and transcends the obstacles we face. Just like you, we’ve kept our belief that things will get better and done our best to keep the collective spirit of inspiration strong. The progress we have made would not be possible without your support and we thank you for being part of the journey. See you all in 2021. 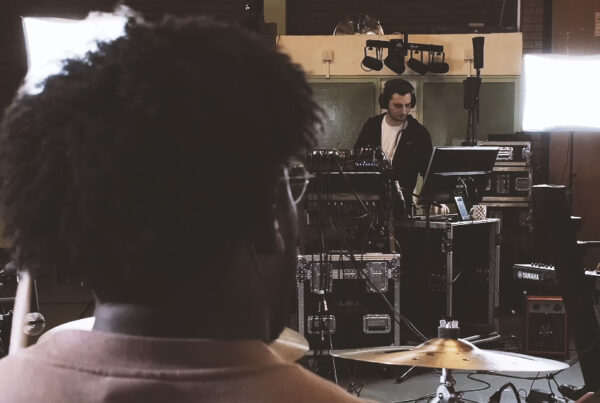