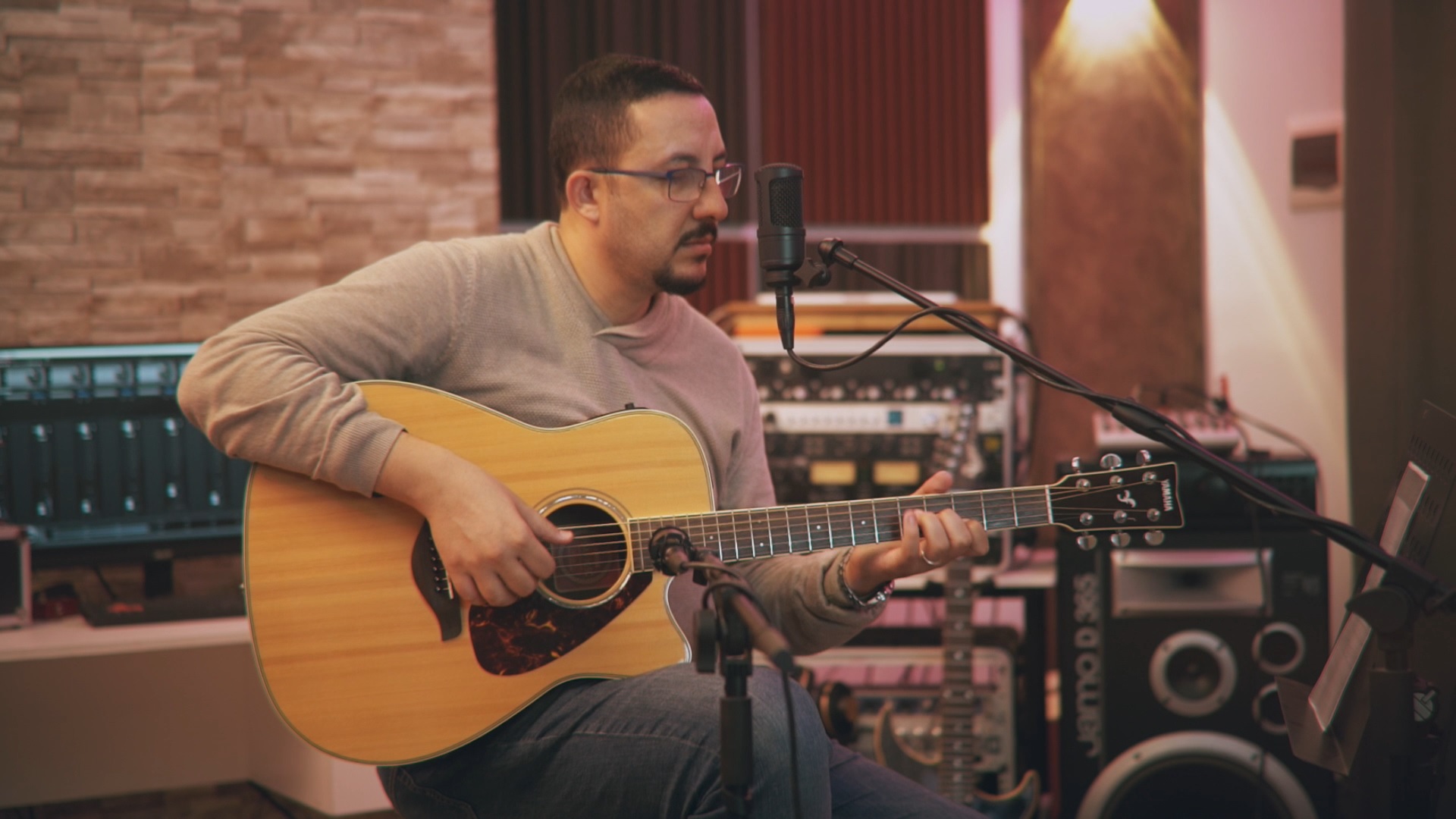 By Antelope AudioJanuary 9, 2020 No Comments

Exploring new frontiers, our modeling mics recently had the pleasure of being put to impressive use by one of the finest musical scholars from Algeria. In the two videos, you can see recordings of oriental tunes using the Verge and Edge Solo modeling mics. The session was taken at Tahat Art Studio – an audiovisual production studio situated in El Madania, Algeria. Using the two mic models for their particular strengths, you can see a recording of derbouka and guitar, done with the Verge, and vocals recorded with the Edge Solo.

Recording a Derbouka with the Verge Modeling Microphone

Giving access to popular, vintage small diaphragm microphones, the Verge mic has a clear influence on the final result on record. In the video, you can hear the distinct flavor and characteristics of every different emulation included in the microphone. With its ability to handle sound pressure levels of up to 146db, the Verge mic can capture any percussion instrument with great detail.

Toufik Azzi is an Algerian percussionist and drummer combining both classic and fusion influences. He has worked with some of the top Algerian artists like Amel Zen, Mohamed Rouane, Moh Paco, Ayoub Medjahed and Nadia Boumerdassi. In the video, he uses the famous Egyptian darbouka “Gawharat El Fan” while combining different worlds, playing various Arab and Maghreb rhythms.

In this beautiful rendition of “Rahet Bali” you can see the Edge Solo and Verge modeling mics recording vocals and guitar respectively. The sound captured is pure and no mic emulations were selected during the process. The recording was made with the Discrete 8 Synergy Core audio interface.

Hichem Djama is a rock and fusion guitarist and singer from Algeria. Previously lead guitarist of the group “Aridel”, Hichem is currently starting a solo career and has just released his first single – the electric guitar rock ballad, “Green Tone”. In the video you see him performing one the most popular songs by “Aridel” called “Rahet Bali”. It tells the story of a son of the Algerian desert “Tergui”, who seeks peace of mind in a troubled life.