By Antelope StaffNovember 11, 2022 No Comments

Creating original sounding recordings requires a set of audio effects of which reverb is the most natural. It’s the result of the relationship between sound and space. Nowadays, every bedroom producer has several plugins at their disposal, but many use the same reverb on tracks recorded in dead-sounding rooms. Our challenge in this drum performance was to find a location with different, distinct reverberations and perform live, taking advantage of the unique character of the acoustical properties of the space. This would allow us to use natural reverb with minimal post production processing. Prohodna Cave, also known as “The Eyes of God,” set the scene for this exciting recording.

The use of technology should be a creative process that further expands our musical imagination. Working with the Edge Modelling Microphones and their varied emulations allowed us the flexibility of using the sound of multiple legendary microphones at the click of a button. This made them easy to adapt to the remote location. The Edge mics are the “Swiss Army knife” that enabled us to carve out and capture the recording from this iconic cave location.

In our recording, we used two Edge Solo modelling mics working together to shape the sound of the kick drum. With the Kick In, the approach we took ensures that the microphone does not point at the beater, but rather at the wooden shell of the drums itself. This is to prevent clipping, but more importantly, it gives the attack you need combined with more of the natural resonance of the instrument itself. Our emulation of choice was the Vienna 112, the same as we would use in the studio. With the Kick Out on the other side, we focused on the lower frequencies of the kick drum. Using the Vienna 414 emulation provided an additional level of transparency and evenness to the sound. The Edge Solo microphones were also great for recording the snare (although we approached the positioning cautiously with this mic, to avoid the risks of it peaking and over-modulating). The top was recorded with the Berlin 103 emulation, to translate the darkness of the snare that we were using, while the bottom was set to the Minnesota 20 to add the flavour of the snare springs. 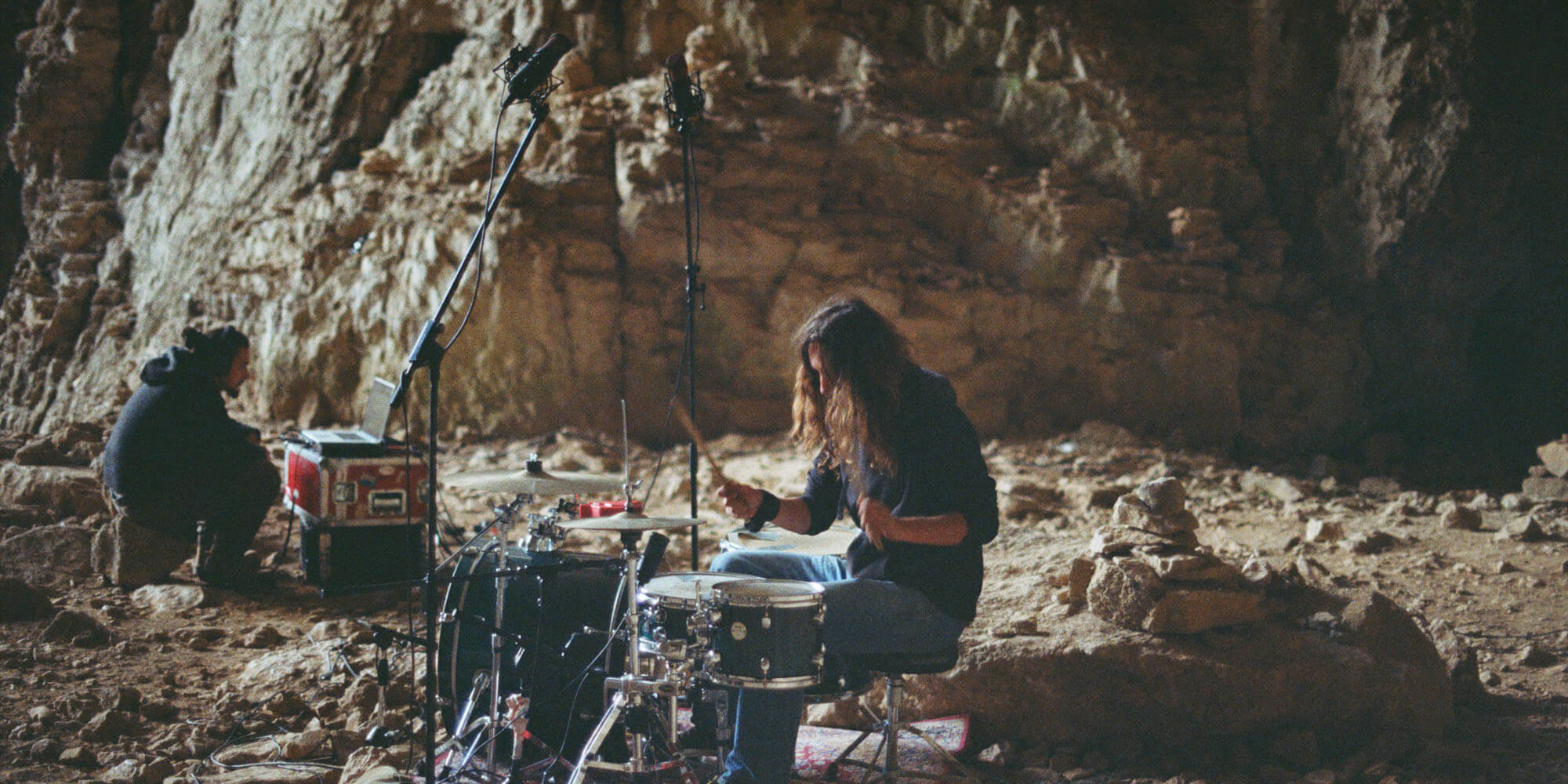 We used a pair of Edge Duo microphones to record the overheads. These were treated as a set of room microphones with the configurable polar pattern set to a figure of 8. The reasoning behind this unconventional choice was to have a clear recording of the drum kit as an entire instrument and capture the cymbals and cowbell clearly. But simultaneously, the mics were pointing at the ceiling to capture reflections. Additionally, we chose to position the drums in a spot where the height allowed different slap-back effects to be best perceived. In that way, we used the mic positioning and the figure of 8 polar pattern to record 2 different sounds with the same setup. The Edge Duo allowed us to record with the two membranes separately meaning that we could treat the two sides of the mic capsule independently. In this case, the natural sound of the recording without an emulation was pleasing to use for this specific set of microphones.

The position of the room microphones was determined by a few acoustical measurements conducted during a prior visit to the cave. We found spots where the mics allowed us to capture the reverb and slap-back effects simultaneously. Other spots added an interesting low-end focused echo that was blended into the recording. In a way, it felt like the reverberation was only audible below the 500 Hz threshold. This gave our recording the thickness you hear and the overall dark sound. For all room microphones, we used Edge Quadros in various positions, configured as either M/S setups or ORTF, depending on the effect that we were after. 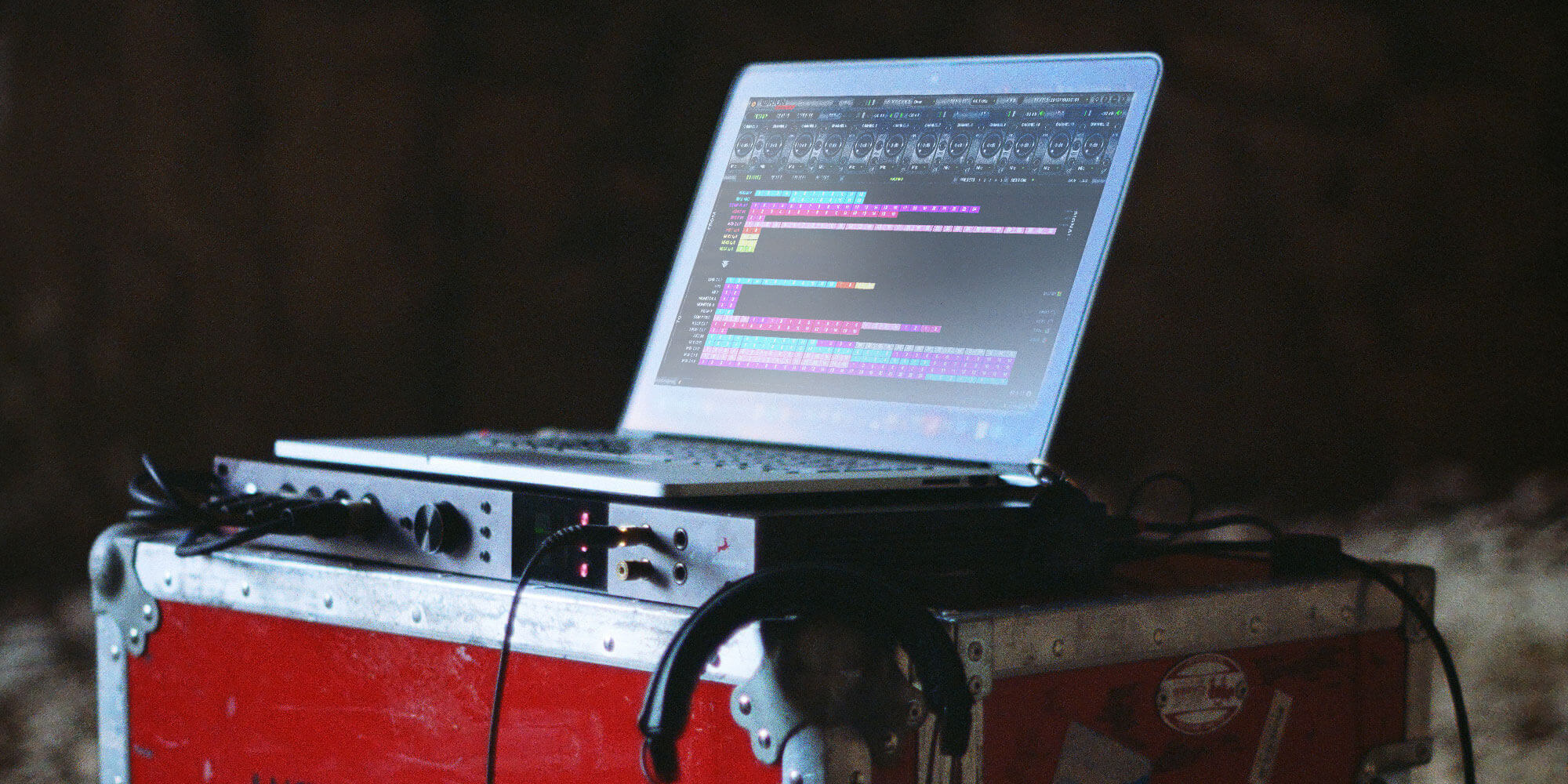 The Orion Studio Synergy Core gave us 12 transparent and ‘honest’ preamplifiers that provide a faithful representation of the sound, in order to hear it almost as if you were there. To build upon this, the high-level conversion of the device accompanied by the AFC™ (Acoustically Focused Clocking), translate the recording in the digital domain with stunning transparency. These few tools allowed us to record and create with amazing flexibility. The Routing Matrix of the Orion allowed us to perform parallel recordings. We recorded the entire setup without any effects, for safety. But we also recorded using the built in Synergy Core effects. In the studio, we used only subtle EQ and compression to shape the natural sound of the cave drumming that we captured in this session.

As with every adventure, the tools you depend on can make or break it. Using this compact toolkit of Antelope Audio gear was like bringing the studio to the location without compromising quality and efficiency. We would urge anyone to venture out like us and find their unique sound and unique voice – as true originality comes from within but is powered by the right tools.