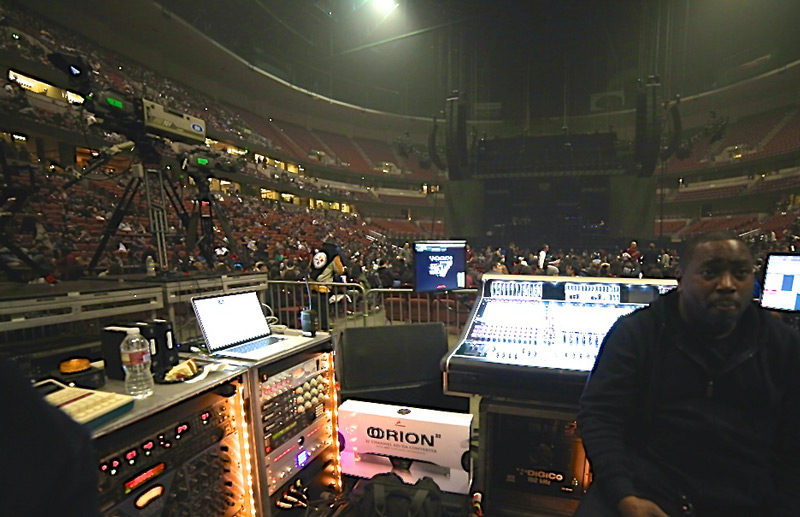 Antelope Audio, fresh off of Rihanna’s“Diamonds World Tour”, has played a central role in the Magna Carter tour’s audio system, providing clocking for all critical production stations including front of house (FOH), monitors and playback. “I am from the old school, and for me, it is all about the analog sound,” comments Kelo Saunders, FOH engineer for the Magna Carter tour. “In this digital world we all now live in, the Antelope Audio Trinity and 10M  add a new dimension, bringing it closer to what you might expect from analog. It opens the mix right up and that’s what I love about it.”

Jay-Z’s production team embraced Antelope’s clocking and conversion equipment approximately one year ago, after some of their equipment was damaged in a flood following Hurricane Sandy. “After the flood, we lost a lot of our gear,” recalls Kenny Nash, a veteran engineer who has handled monitors for The O’Jays, Brian McNight,Vivian Green and many others. “But from the old comes the new, so we rebuilt our rig and brought the Antelope stuff in starting with a 10M and a Trinity. When I began clocking my console off of these units, my mixes changed.”

“With the Antelope gear, my mixes sounded brighter and the sonic spectrum widened,” Nash continued. “I am able to run a lot of my channels flatter now, where I used to have to have some EQ bumps. It kind of made the whole mix just open up.”

Currently, Jay-Z’s Magna Carter tour utilizes an Antelope Audio Trinity | 10M combination at FOH to which the console and Pro Tools system are both slaved. The monitor system, meanwhile, is clocked by an Antelope 10M, and provides clocking for two Antelope Orion32s, both located at playback.
For playback engineer Demetrius Henry, the Antelope Orion32 AD/DA audio interface — which provides 32 channels of pristine I/O in a single rackspace unit — has opened up an array of new possibilities. Henry, who first used the Orion32 during Rihanna’s “Diamonds World Tour”, was shocked at how much power the device delivered in such a small footprint. “It really blew my mind that Antelope was able to send and receive 32 channels of 192k audio all over USB, without me having to install some kind of proprietary hardware card on my computer,” he says.

“By using the Orion32, I am able to give FOH and monitors more channels and more audio to work with, without having to increase our rackspace,” Henry continues. “This gives them more flexibility to isolate playback tracks so they can manipulate each of them individually. On this tour, we gave Jay 30 tracks whereas we, in the past, would normally be limited to 16 or even less. This lets the engineers really dial into the specific sounds they are looking for.”

By giving the FOH and monitors more channels of clear audio, Henry says the difference was audible: “You could absolutely hear the difference,” he says. “It got brighter and more detailed. The fact that we now have more separation with the stems and are able to now sum them in the console rather than in the box has helped get us better separation. So now the mix has more depth, more punch and is cleaner overall.

Having better clocking and more refined conversion has helped the Jay-Z tour deliver more of a studio grade audio performance, something Henry considers quite a big innovation. “I come from a studio environment, so it has been my dream to help translate as much clarity and definition from the studio to the live experience as possible.

Omar Edwards, keyboard player for Jay-Z, sums it up best describing Antelope’s role and the importance of the audio system in a live setting: “There is a lot of information happening onstage,” he says. “There is playback, there is the band and all this information is coming into the system. To make all of this clear so people can grasp what the music is all about it has to sound clear. We can rehearse for months and if it doesn’t sound clear, the music won’t connect. Connecting is the point – and this inspires people. Whatever great artist exists, they were once inspired in this way. I use one word to describe what we are getting from Antelope: clarity.” 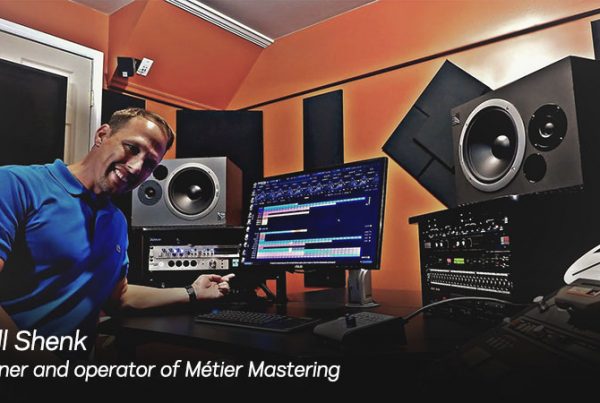 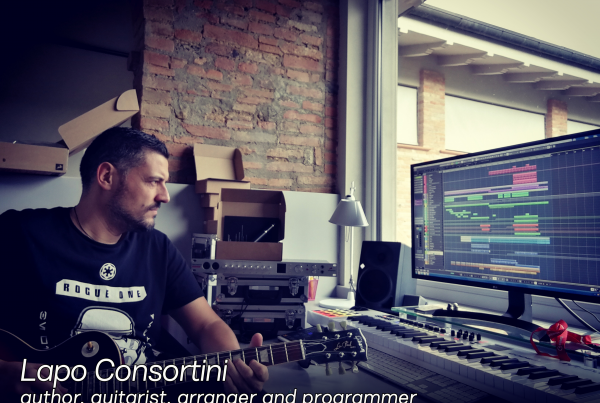