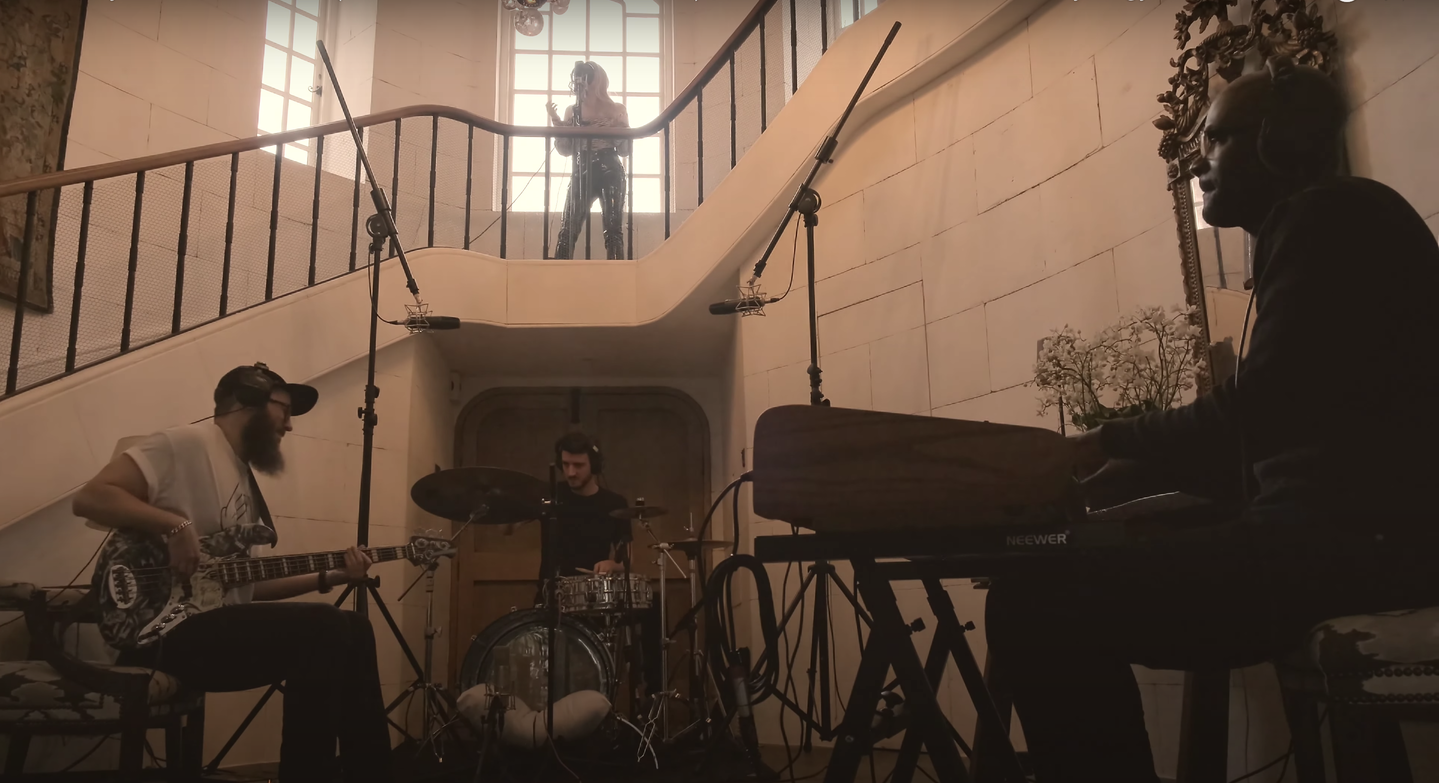 Watch audio engineer Ivo Sotirov record a performance with the Orion Studio Synergy Core in a truly unique and organic setting. The different acoustic of the location complimented the beautiful vocals of singer Kimberly Walker, while the talented musicians – Craig (drums), Jonathan (keys) and Chris (bass) worked their magic. Hosting the experience was Silver Hammer Studios – a recording facility built into an 80-year-old mansion in the heart of North London. Miking was done by Ed and Max from Hammer Audio.

As a starting requirement Ivo needed to create 4 individual monitor mixes to send to the musicians. He had to keep the latency to an absolute minimum so everyone could be on the same page while recording. With the Thunderbolt connection’s minimum round-trip delay time and the parallel computing capabilities happening inside the Orion Studio Synergy Core, latency wasn’t an issue. Ivo’s work was made easy thanks to the comprehansive routing matrix which allowed him to adjust gain, route signal and choose which effects are processed to every individual mix,

While Ivo is used to working with his hardware analog gear in the studio, he had to adjust for the recording session by recreating his usual workflow with software plugins. Loading up his signal chain with different mic preamp emulations and knowing that it will sound how it will do in the studio is a benefit for any engineer. See all the FX coming with the interface here.

Watch the full performance of the song ‘SIPPIN’ in the video below.

“The idea behind this audio interface is that one box carries a whole studio in it. Given that you have a good sounding room, with some good musicians and great mics like we had today, you can do anything. You can convert any space into a live room and make a record – that is exactly what we did today!” explains Ivo Sotirov.