By Antelope AudioDecember 2, 2019 No Comments

Nashville-based front of house engineer David Loy has always been passionate about sound but it’s in the dynamics of live shows that he found his calling. The stage where his work has shone for the past couple of years is that of American country singer and ACM-nominated artist Kane Brown.

Although often out on tour, we managed to catch up with David at a place near his home – Lattitude Studio South. In the video, the FOH engineer tracks a four-piece band through the Orion Studio Synergy Core and explains how the audio interface helps him with live sound mixing.

Coming from a live performance environment it is extremely important to David to keep the latency to an absolute minimum. With the Thunderbolt connection’s minimum round-trip delay time and the parallel computing capabilities happening inside the Orion Studio Synergy Core, the FOH engineer has no complaints on that front.

Another factor during live mixing that is felt in the end result of the recording, is the real-time processing of the effects. It all happens in the box. The signal is sent directly to the band with the sound already cleaned up and shaped by additional processing. Hearing the fully processed sound as the band plays live, has enormous benefits according to David. “That affects the performance, how they play and how well they mesh together. I think that the recording itself shows that. Coming in today and doing exactly what I wanted to do – ran four stereo mixes off of it, all processed signals…I think it’s awesome, it sounded great and I think the band enjoyed it too.”

David also appreciates the ease of use and the ability to set-up his workflow effortlessly. Getting up to speed very fast, allowed David and the band to start recording swiftly and capture every moment without wasting time. 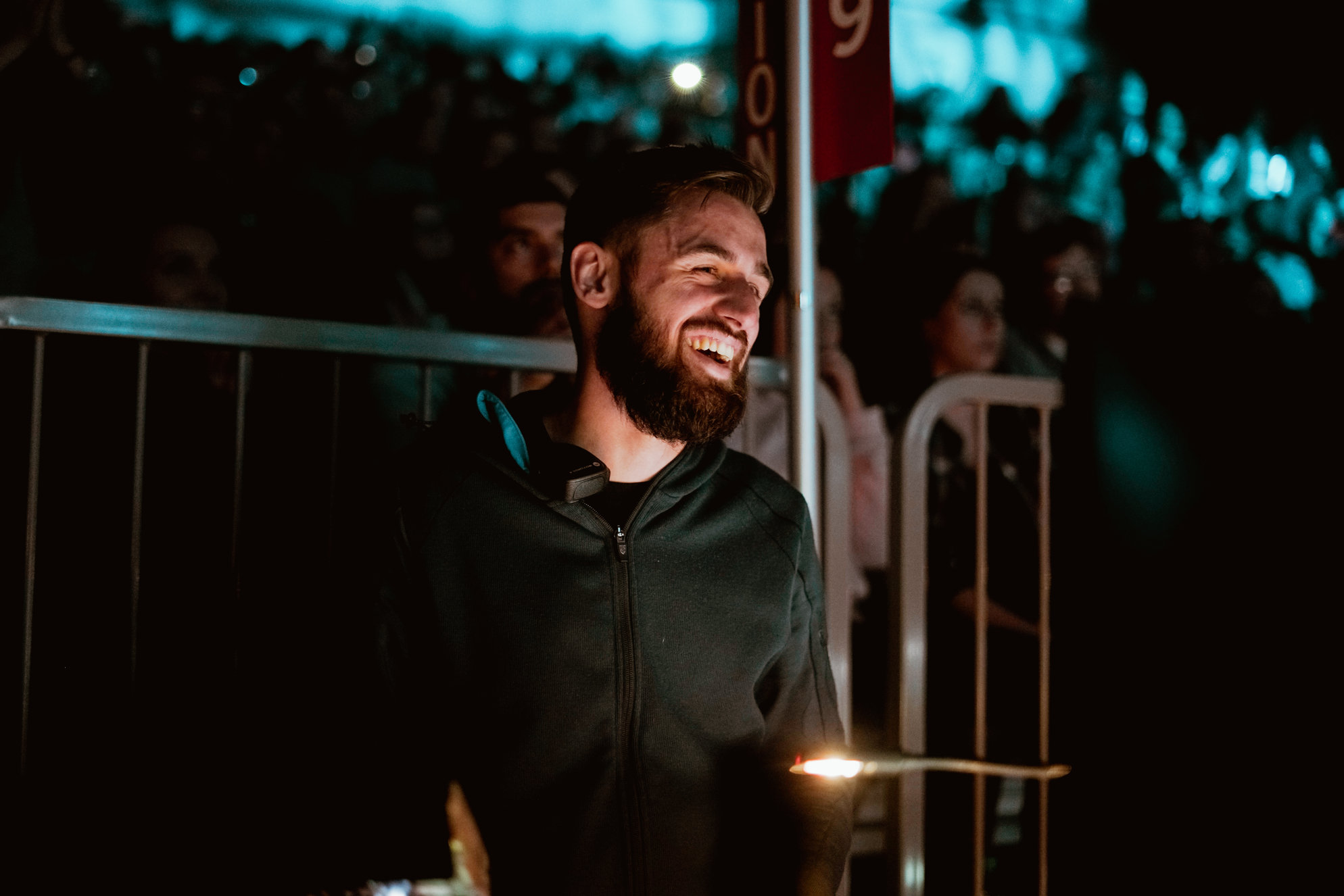 David Loy started mixing professionally in 2014 but has been around music since he was little. As a teen, he started mixing the live sound for his home church in North Carolina and the passion never left him. David has been the front of house engineer for Aubrie Sellers and Grammy-winning artist Sturgill Simpson. Since March 2017 he has been the FOH Engineer for Kane Brown’s headlining and support tours held in venues all around the world.

The underlying musical track was recorded during this session and mixed on the Orion Studio Synergy Core by David Loy.
Check out David Loy’s personal website at davidandrewloy.com