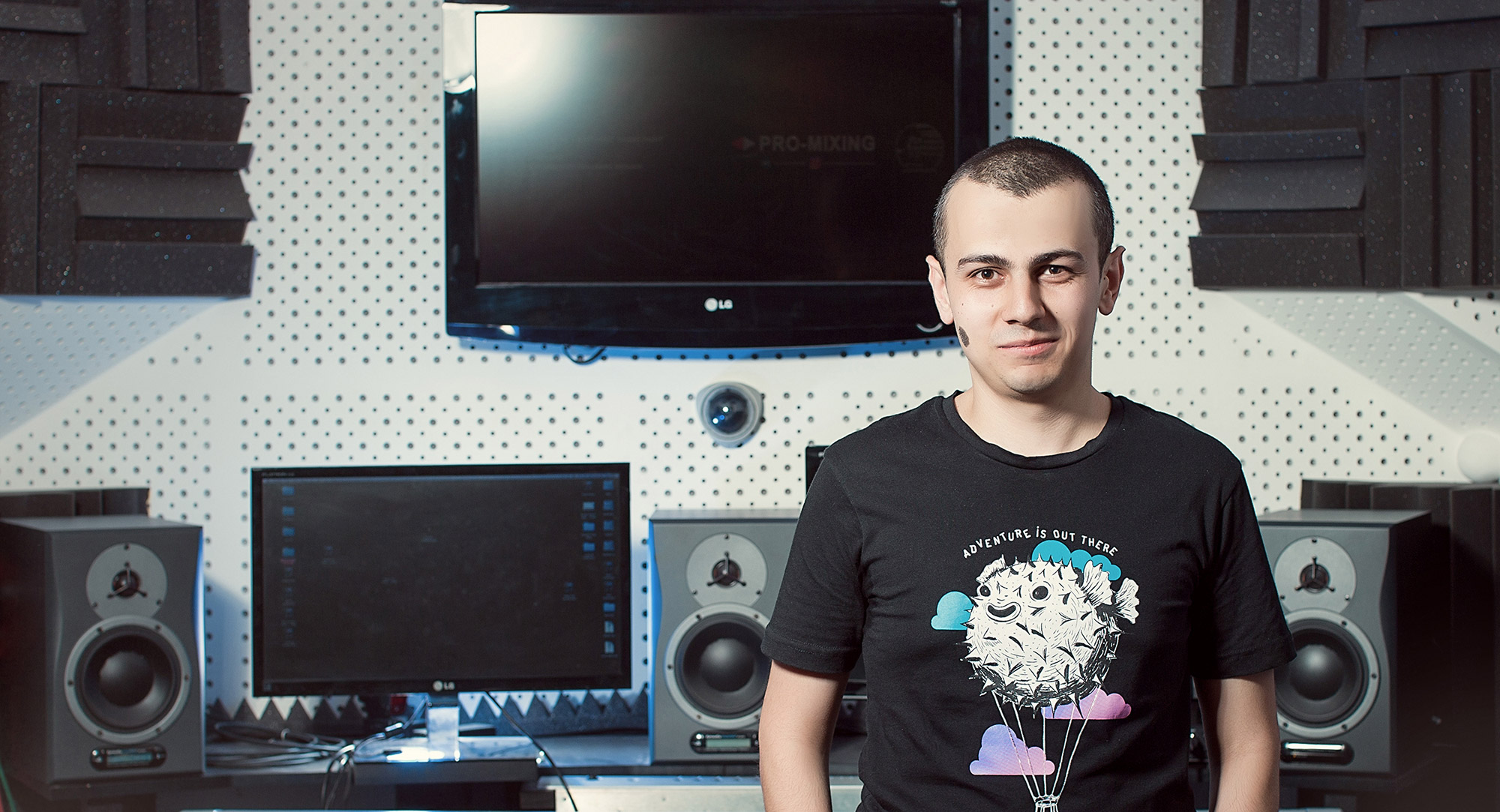 “I believe that Antelope Audio has the sound card of the future.
Why? Because of the most advanced technologies and high-quality converters in it!”

Aram Kirakosyan is one of the most famous sound producers in post USSR countries and much more. He’s one of the TOP video bloggers on YouTube with the audience of over 120 000 music industry specialists. Aram is a popular and successful author of MUZBIZNES and PRO MIXING projects. He helped to create more than 100 full-fledged video courses revealing mixing secrets.

In addition to commercial orders in POP music, Aram is involved in EDM projects released on Spinnin Records, Armada Music, Warner Music, and other world-famous labels. Besides, Aram is an official endorser of Antelope Audio products on the territory of post USSR countries.

“I have been actively using Antelope Audio products for a long time.
For lives, I take Zen Tour or Discrete 4 with me.
For studio work, I use Orion rev.2017 + Orion 32+ gen3.
All Antelope Audio devices are of the highest quality and easy to use.”