How much does it cost to record a song in the studio?

By Antelope StaffNovember 24, 2021 No Comments

For an inexperienced person, the studio world can be a mysterious place riddled with unfamiliar terms. Beginner artists often don’t understand the difference between tracking, mixing & mastering. They often think of studios as music-making places where they can just make records without bothering to understand the different processes.

For the most part, they are not wrong in that studios are music-making places that often offer multiple services. But taking the time to understand the different processes in a studio would help you price them and level your expectations.

An easy way to understand the processes mentioned above is with a cooking analogy: The producer is a visionary. They are a master chef with an idea for a recipe and oversee every process of its creation.

Often times all these jobs can be done by one or two people at the exact location. Who you pick will be greatly dependent on your budget and connections within the industry.

Working Backwards for a Budget

Say you’ve written a song and are looking to record it. You’ve decided on how much you’re willing to spend on the whole project, and it’s time to price the individual processes. The easiest way to work this out is by moving backward.

As a beginner artist/producer, you are likely to work on a tight budget, thus looking for the cheapest possible options. That’s absolutely fine as long as you’re smart with your money and with your expectations.

In the music industry, there are no set prices for anything. The whole music business is built on favors and exceptions. You can take advantage of this by contacting your immediate friends and colleagues before looking for studio services on Google.

It is possible to find great people and studios through your colleagues, who would be willing to work cheaply if they like your project. If you have a band or specific musicians you want on your project – have a chat with them on who they know. They might be able to give a shortcut to a studio with engineers.

For example, You might find a decent mixing engineer looking to get more experience in their field. They might like your music and might want it for their portfolio. So to secure the mixing job, they might offer you free mastering or cheap/free recording.

Another example: You might contact a studio and only ask for studio time. You could find common ground and connections during the negotiations, thus becoming friendly with the owners or engineers.

Before you know it, they would offer you discounts if you decide to do all tracking, mixing, and mastering in their facilities. Keeping it all under one roof can definitely nudge the price down.

What To Avoid When Networking

One common mistake that amateurs make is hyping up people around them to get better rates without realizing that this attitude is playing against them. Studio owners and engineers are used to this. Artists come through the door asking for low rates because they expect their projects to be successful and thus can make the studio successful.

Professionals are often not impressed by that as they’ve seen the reality and find this attitude disrespectful. Instead, you can focus on your short-term goals and your music. Focus on your passion for your own art rather than its unrealized financial potential.

Doing so will also help you spot other hypers who are trying to sell you their future success. Thus, you will distinguish between the arrogant amateurs and the professionals who care about your art.

Getting The Most Out Of Your Studio Time

You can do several things to maximize your studio time and make the most out of your money. One is having a good and thorough chat with whoever is recording before the session start. Whether you’re a singer attending a drum recording or you are the one being tracked, you need to identify who is in charge and talk to them. Suppose you are the person organizing the session and are in control.

In that case, you should chat with the recording engineer before the start. This point is easy to neglect as the excitement of the day kicks in, but pressing on the breaks and sitting down with the engineer will pay off later.

With that chat, you are trying to achieve several things that will speed up the session massively:

The reality of the music business is that the less that people pay for services – the more they expect to get for their money. That is backward thinking, and if you stop yourself from doing it – people will want to work with you again.

Professional recording, mixing, and mastering costs money. Even at cheap rates that could easily be a 1,000$ per song, that is very little money for what you’re getting. You might be able to get this down to $200 per song if you’re doing a larger project and if you are well-prepared, efficient, and flexible.

If you happen to strike a deal for $200 per song, you will need to manage your expectations. It is highly likely you’ll be hiring amateurs and other inexperienced people for that money, so you’ll need to accept their limitations and adapt yourself. Expecting the world from them would be unreasonable. 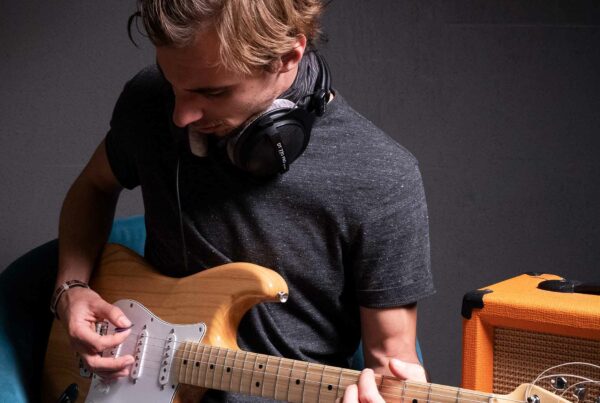