By Antelope AudioApril 1, 2020 No Comments 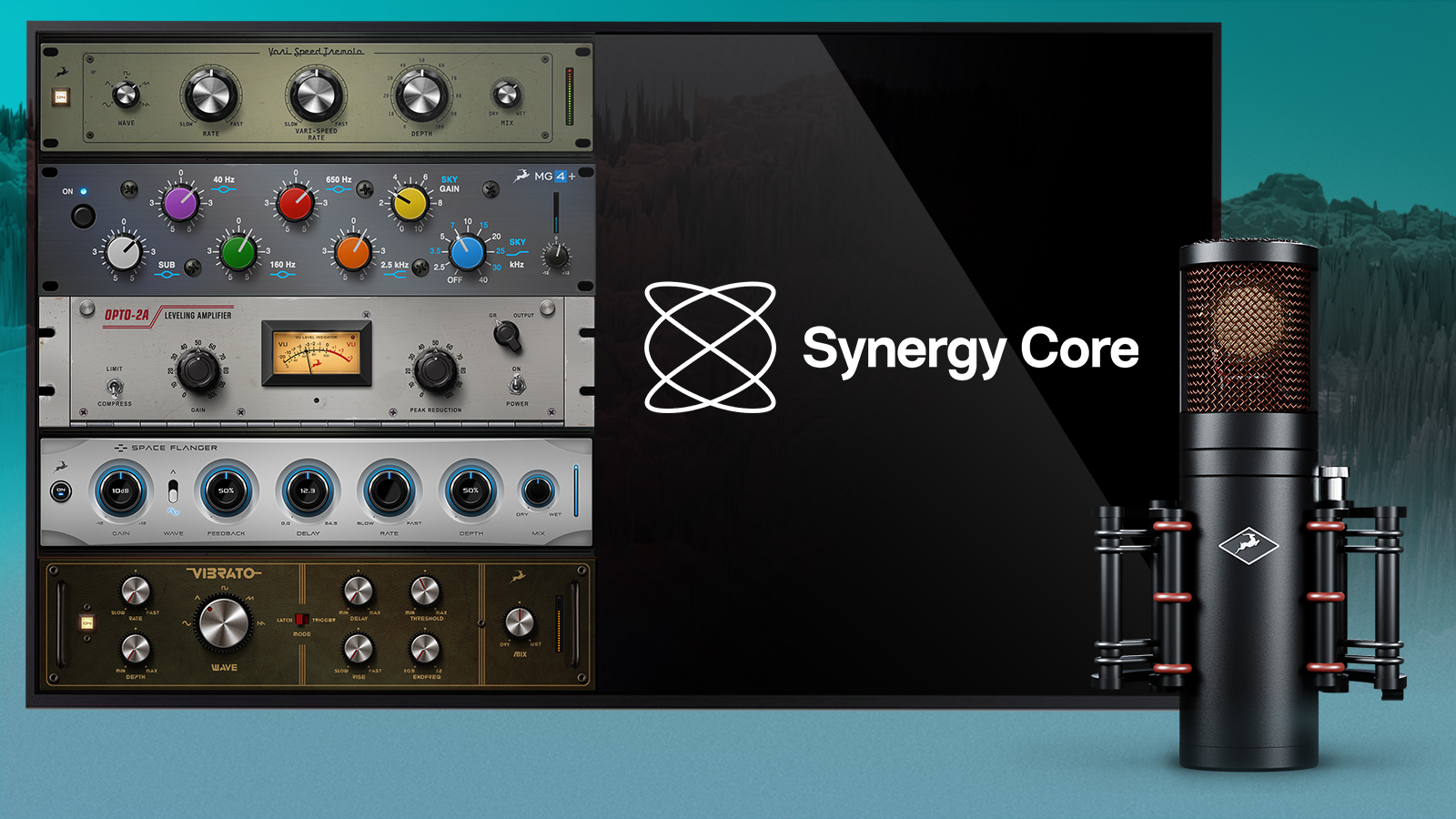 Synergy Core is the effects processing authority and the Edge Go modeling mic is its biggest beneficiary. The world’s first DSP and FPGA powered modeling microphone is now upgraded with five new vocal-oriented effects, to create with during your tracking sessions. With 1xDSP and 1xFPGA running, the Edge Go is not only a mic that captures high-resolution audio in crisp detail but also a portable studio with built-in effects.

With 18 expertly-crafted emulations modeled after time-tested studio microphones and 20 real-time effects designed after classic analog hardware, the tools with which to experiment were plentiful. However, with the DSP chip enabling us to expand the collection with more effects, we are now releasing the first major expandable pack for the Edge Go. The Auto-Tune Synergy was the beginning… now it is time to add more fire power to the bus-powered modeling mic.

Having previously hinted at Edge Go’s Synergy Core capability by adding the famous vocal pitch correction effect to the mic, the range and scope of real-time effects available to owners of the mic is now bigger than ever. Whether you record instruments or your own voice, you will be able to add spice and create your own sound with the vast variety of options at your disposal. Switch up the pitch, combine it with an expressive range of tone and you’re already ahead of the game. Take a look at the five new expansions available for purchase in the FX library.

The exceptionally warm sound and gentle compression character of the iconic optical tube  compressor the effect was designed after, have graced more hit records than any other outboard unit in hardware history. Opto-2A is exceedingly simple to dial in, with only Gain and Peak Reduction knobs needed to tweak the resultant sound as you see fit; flick a switch on Opto-2A and the compressor becomes a limiter — just like the historic hardware from which it draws its inspiration. Opto-2A works especially well when applied to vocals due to its incredibly pleasant response to the human voice.  Get the effect here.

The MG4+ is a software recreation of a legendary Series 500 6-Band EQ that’s heard on hundreds of top charting records. Powered by Synergy Core processing, our recreation builds on the famous SKY BAND of the original by adding more options for adjustment so you can flesh out the highs of your vocals. Added is the SKY GAIN function which will give you much-needed flexibility when working your signal chain. Get the effect here.

Want to sound like a pop-star or add movement to the sound of your instruments. Play around with pitch with the Adaptive Vibrato. The whole toolbox of features includes latch and trigger modes, rate and depth knobs, delay and rise controls, five waves of modulation and dry or wet mix knob. Get the effect here.

The Space Flanger is capable of producing phases, sweeps, and swooshes that sound truly out of this world! Prepare your sound for take-off by adjusting the frequency and amplitude of the modulating wave. This effect is not only incredibly fun to experiment with, it can also give you that spacey feel you were looking for. Get the effect here.

The Vari-Speed Tremolo invites you to be creative! Designing a change in volume, tremolo went on to define the iconic sound of the surf guitar, spurring a wave of innovation among musical equipment builders. Set your desired sounds, through the Wave, Rate, Vari-Speed Rate, Depth and Mix controls. Get the effect here.

The Synergy Core line-up wouldn’t be complete without a mic! The Edge Go bus-powered modeling mic is for everyone who dares to be creative. Start building a signal chain with mic emulation, equalizer, compressor, and vibrato. Everything runs with the lowest latency possible, the USB mic is what a modern studio mic looks like.